After creating these columns, add them to NITRO forms

Go to the Contract Renewal Options  List Settings -> Crow Canyon NITRO forms and add the columns to the tab and publish the form.

There is an existing choice column “Approval Level” with two possible values “Level 1” and “Level 2”. Edit this column and add new option “Level 3”.

There is an existing choice column “Approval Level” with two possible values “Level 1” and “Level 2”. Edit this column and add new option “Level 3”.

Once the approval process is initiated for a contract, if the contract requires approval then it starts creating the tasks in “Approver Task” list. Approver receives notification with link to their task and the task list has custom action to take the required decision. This logic is implemented using Crow Canyon Custom Actions for two levels of approval. We need to modify these custom actions configurations in Contracts list and Approver Task list to add another level of approval.

Add new group to condition builder for Level 2 as shown in below screenshot. No changes are required to the column mappings. 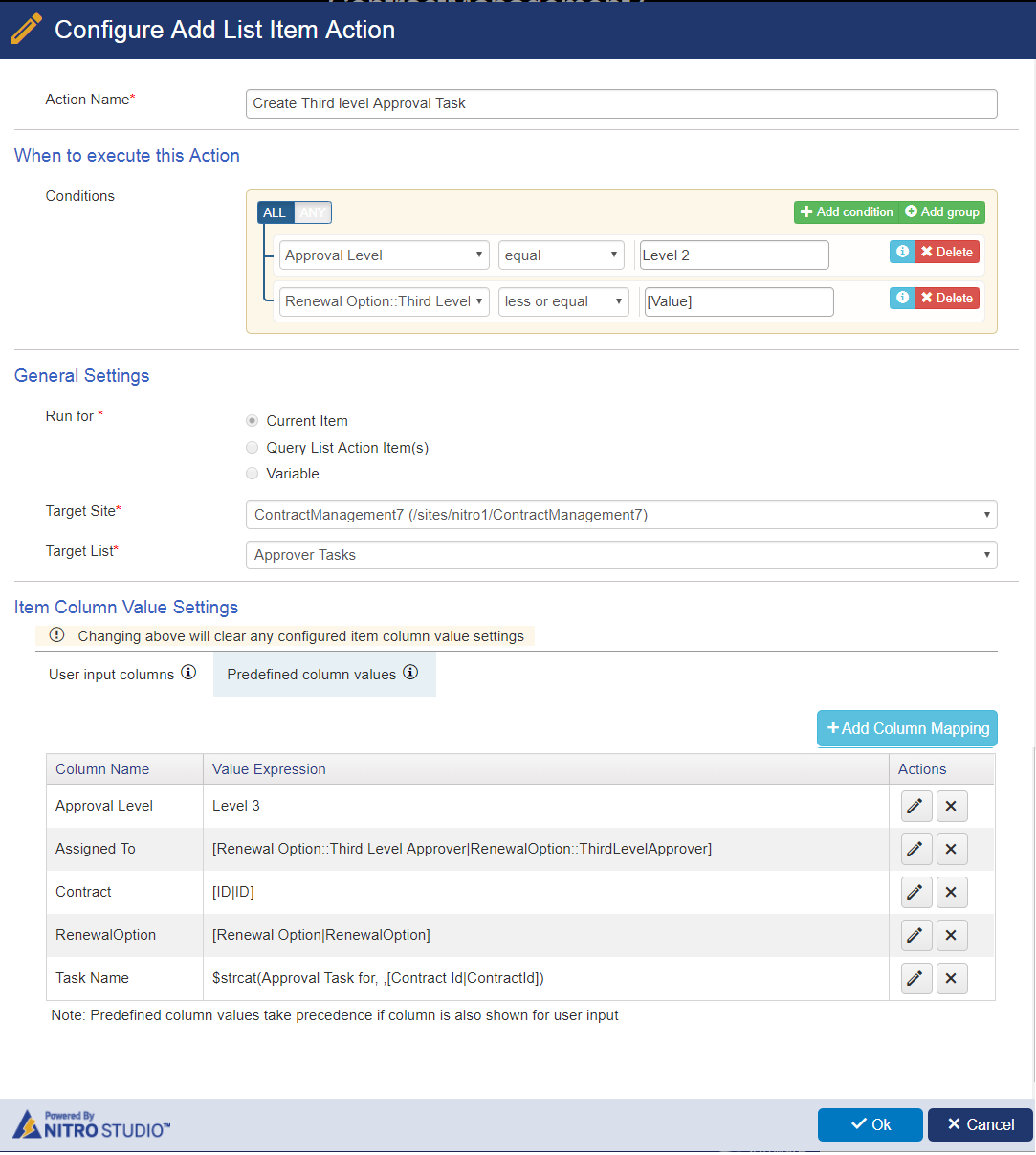 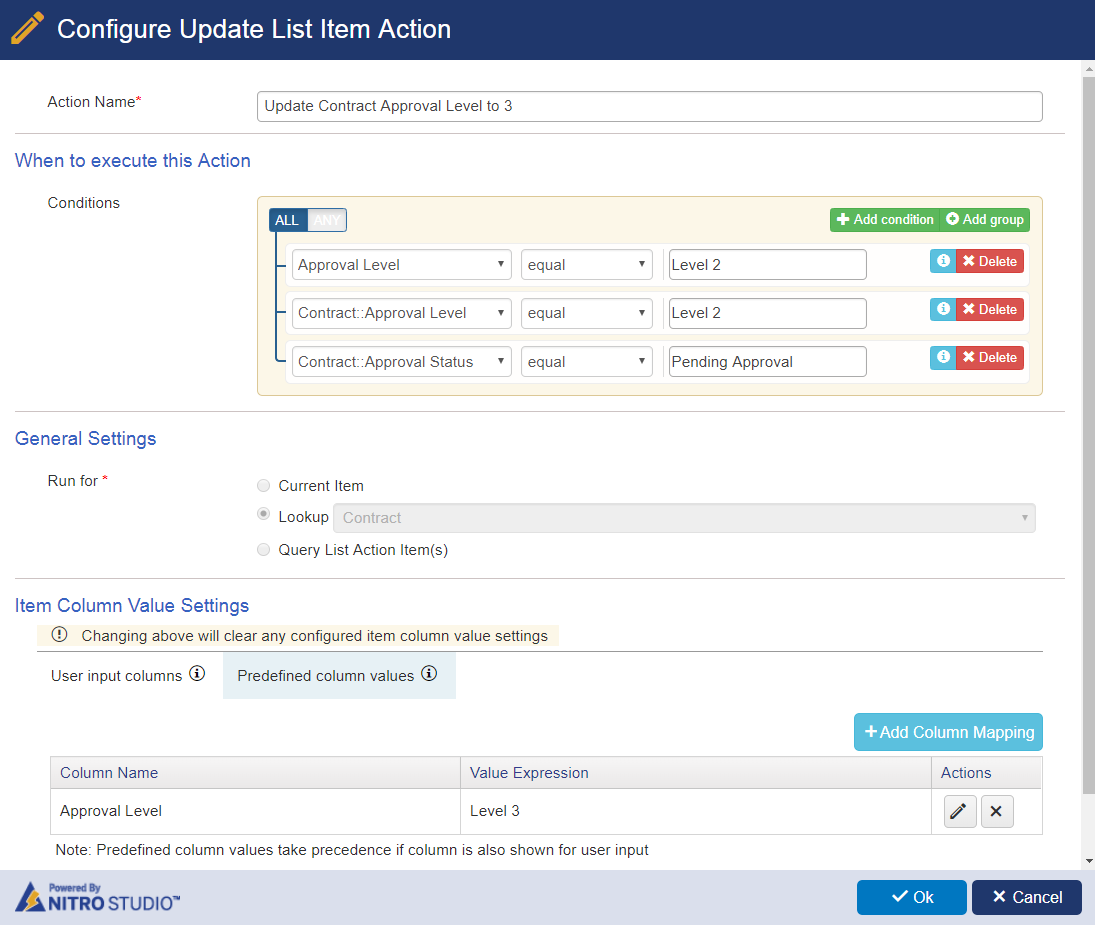 Crow Canyon Contracts Management approval process is implemented using the NITRO Custom Actions. However, there is a Crow Canyon NITRO Workflow that is configured to support “Approve/Deny” via email functionality.

If we are not using the approve/deny via email feature, we can ignore this section. Otherwise, please follow the below instructions to support third level approval.

Modify the workflow conditions like shown below. No changes are required to column mappings. 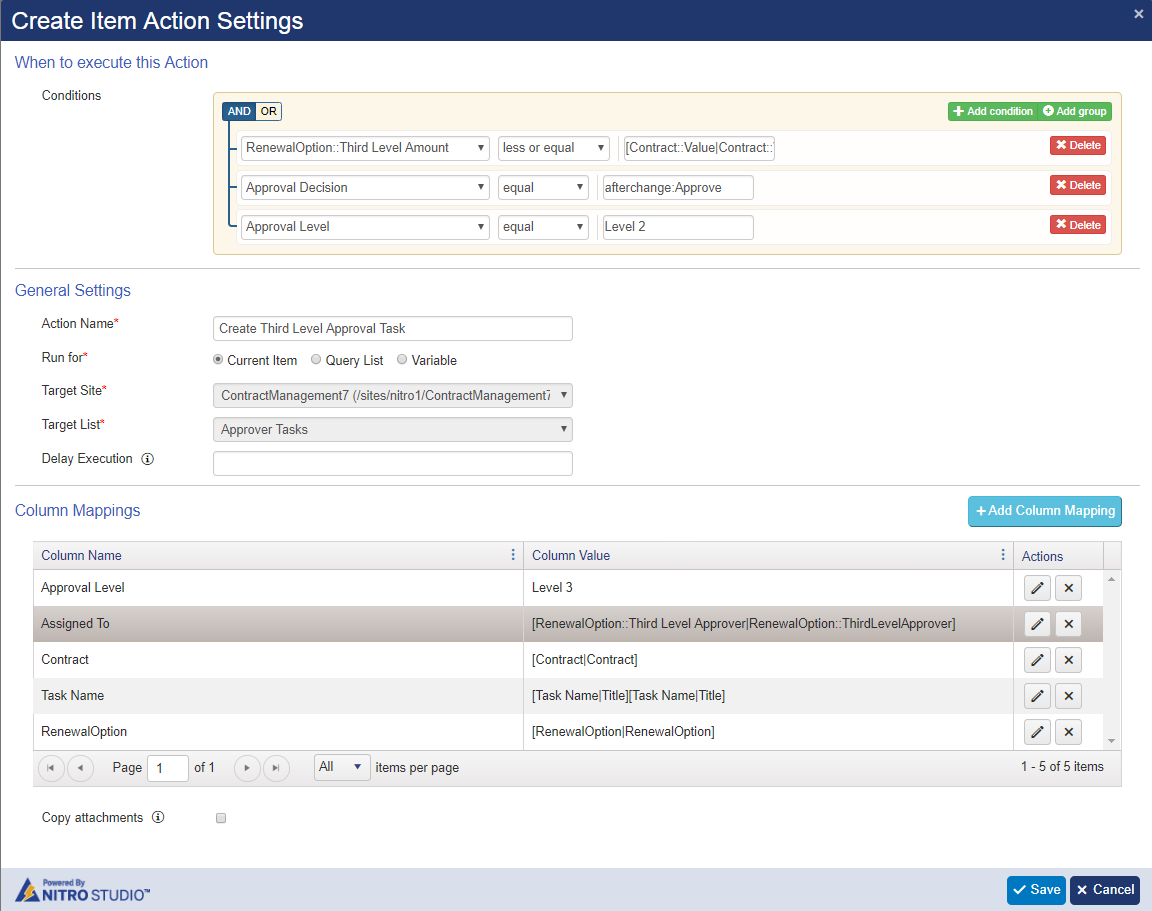 Create a new action of type “Update Item” in the same “Approval Task approve/deny via email“ workflow. This action will update the Contract’s “Approval Level” column to “Level 3” after the third level approval task is created using the above action. 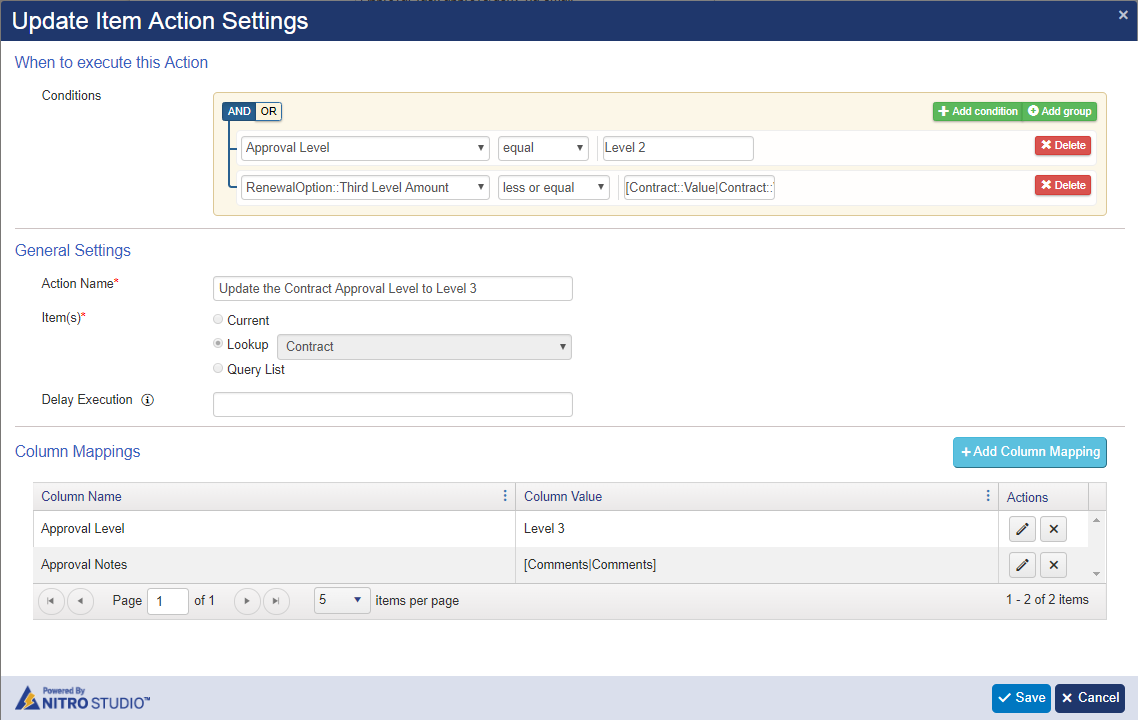