To support approve via email feature, we need to create certain lists and fields as described in this section.

This article assumes that “Approver Tasks” list already present in the system. List of columns that are used in this article:’ 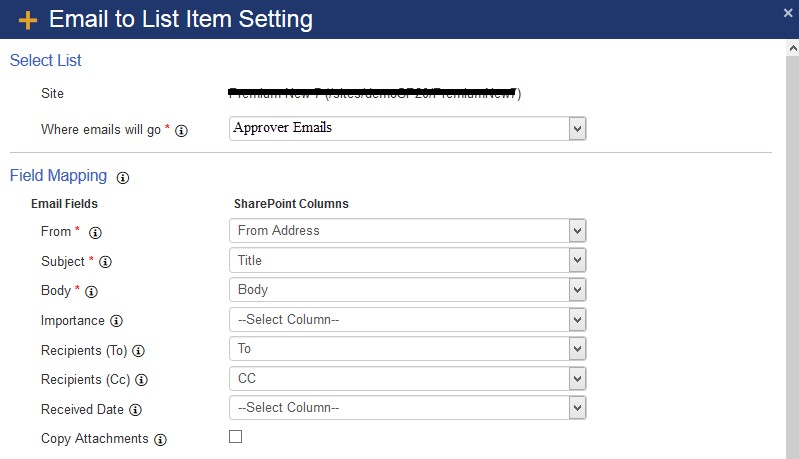 Workflow1: Create a workflow on Approver Tasks list “on item created” event as showed in below screenshot. 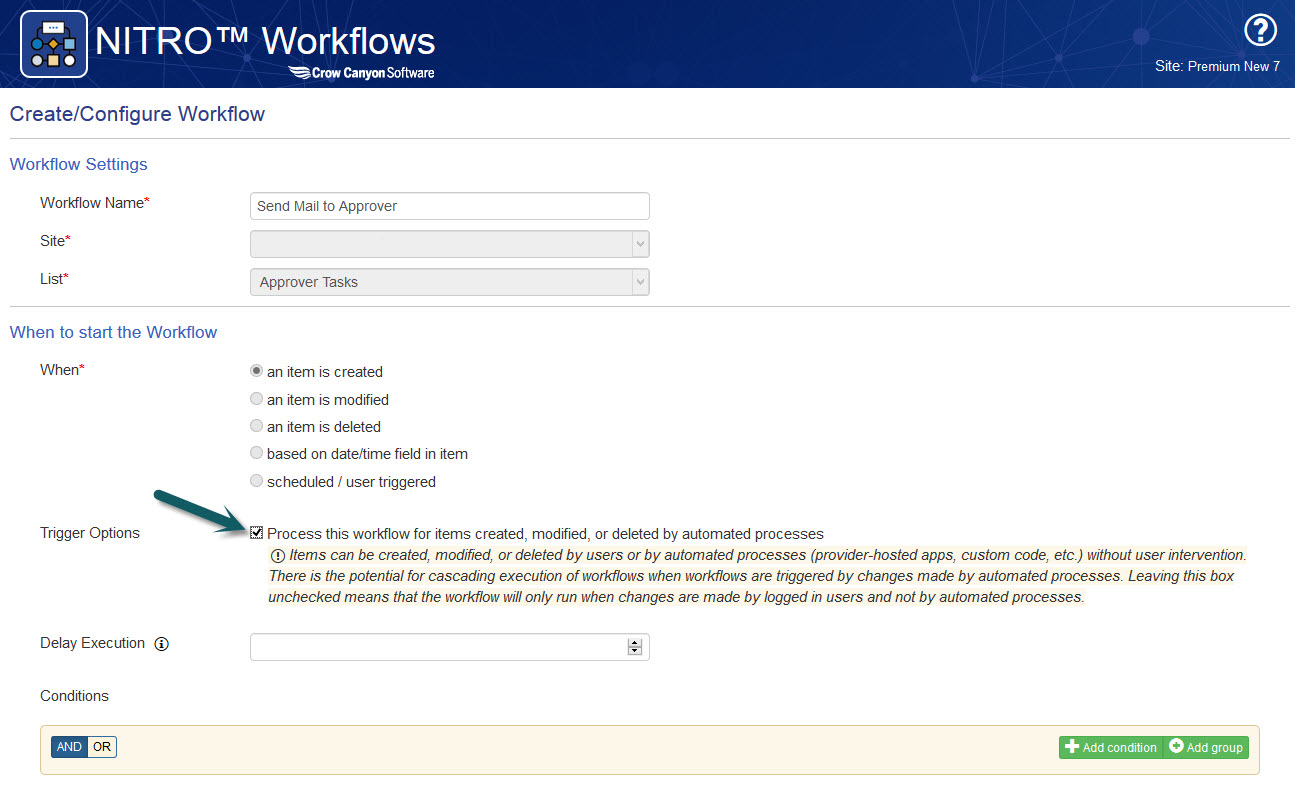 Action1: Create a “Send Mail” action as shown below 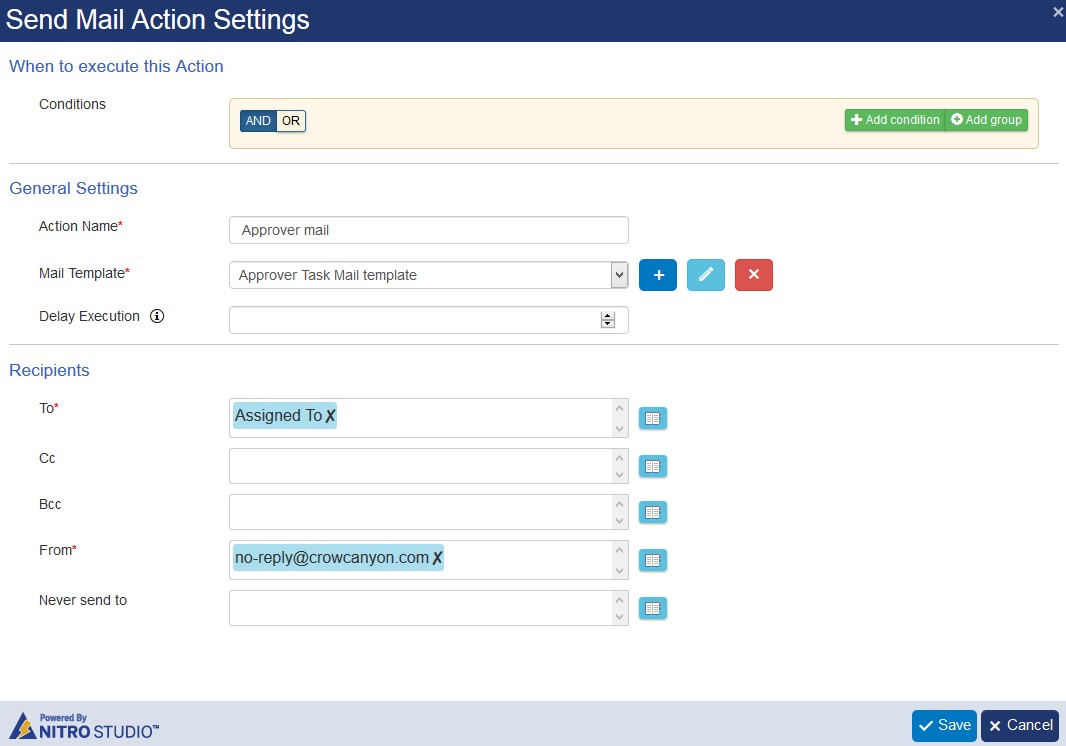 Configure the Mail Template as shown below 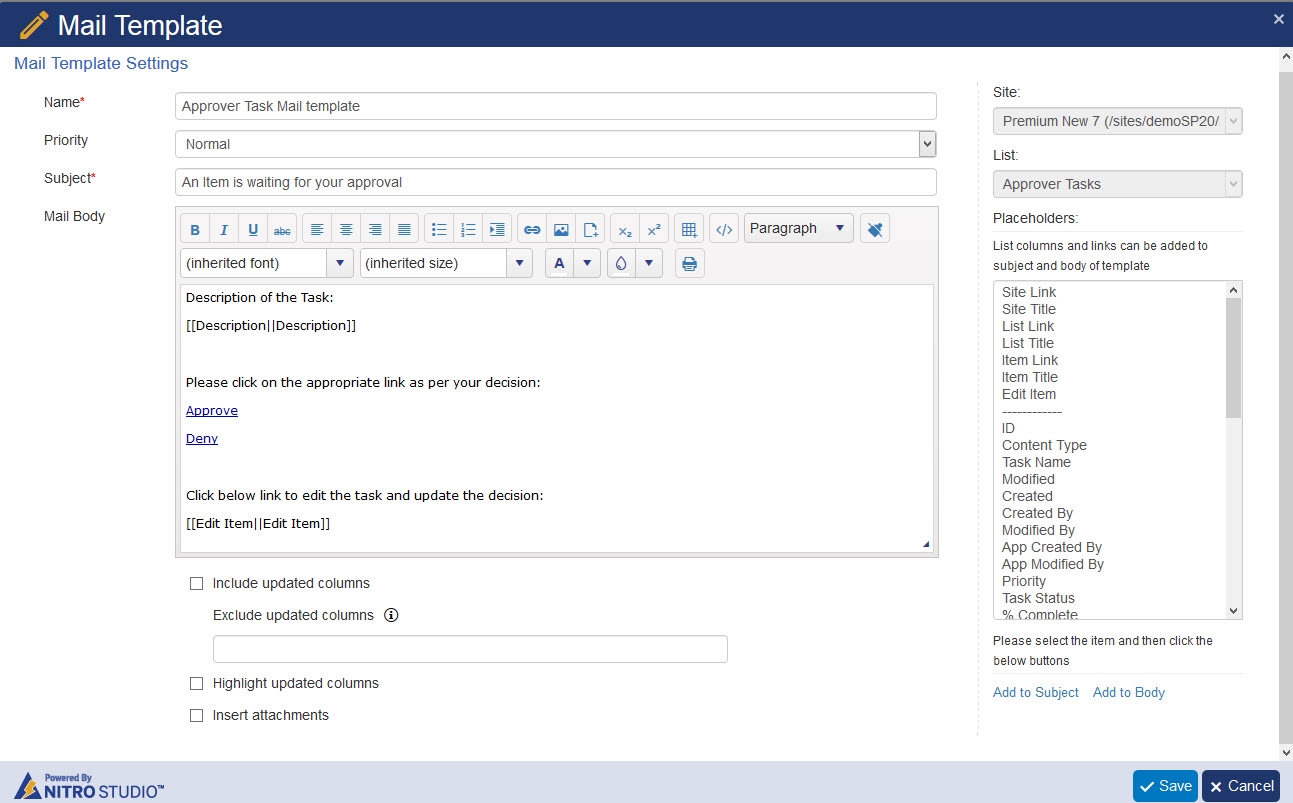 The body of the above mail template has three hyperlinks, one for each possible decision. To configure these links, please insert the hyperlinks in the body as shown below 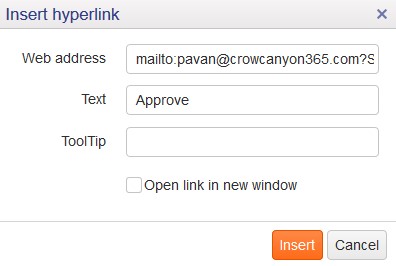 The links can be configured as shown below. As per the configurations described in this article, it should follow the same syntax (List Name Key – ID – Decision Key).

Workflow2: Create a workflow on “Approver Emails” list on “an item is created” event as shown below 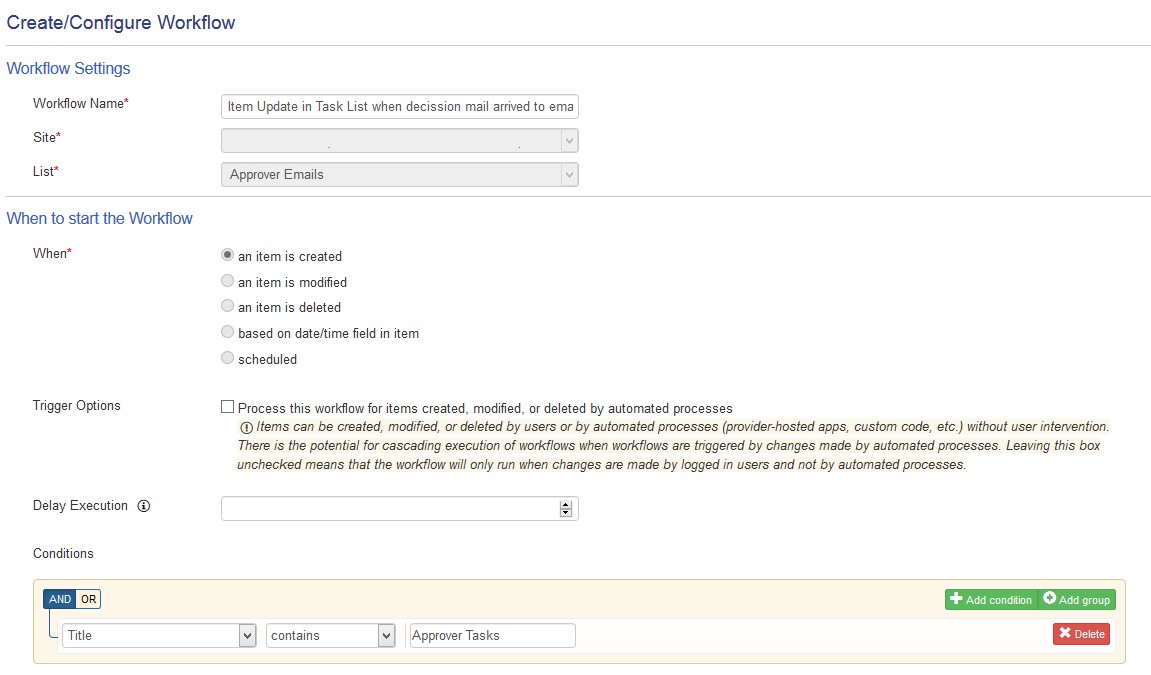 Action1: Configure a “WF Variable” action to find the approver task ID from the mail subject.

Action2: Create a “Send Mail” action with conditions as shown below 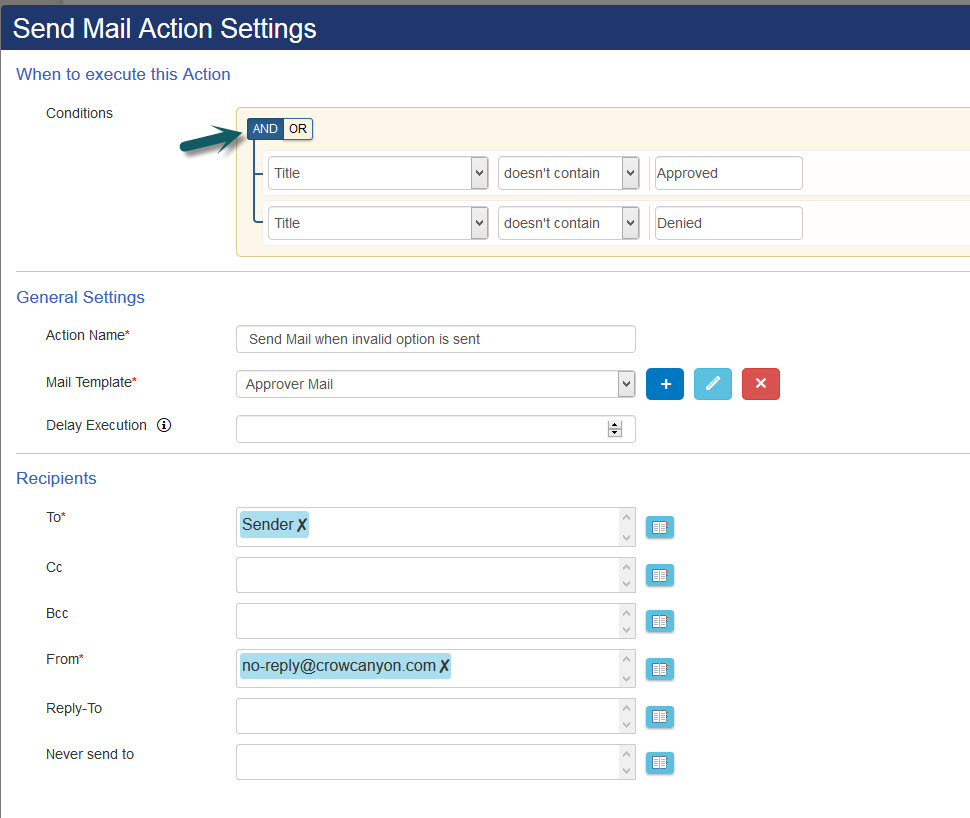 Configure the mail template using the placeholders as shown below (note: these are sample configurations, one can configure as per the need) 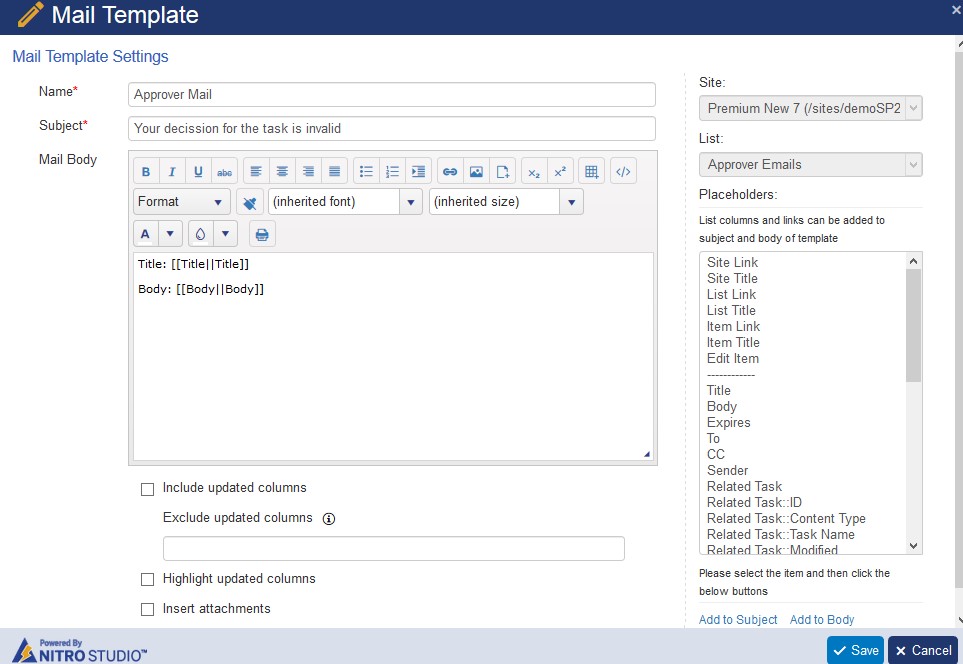 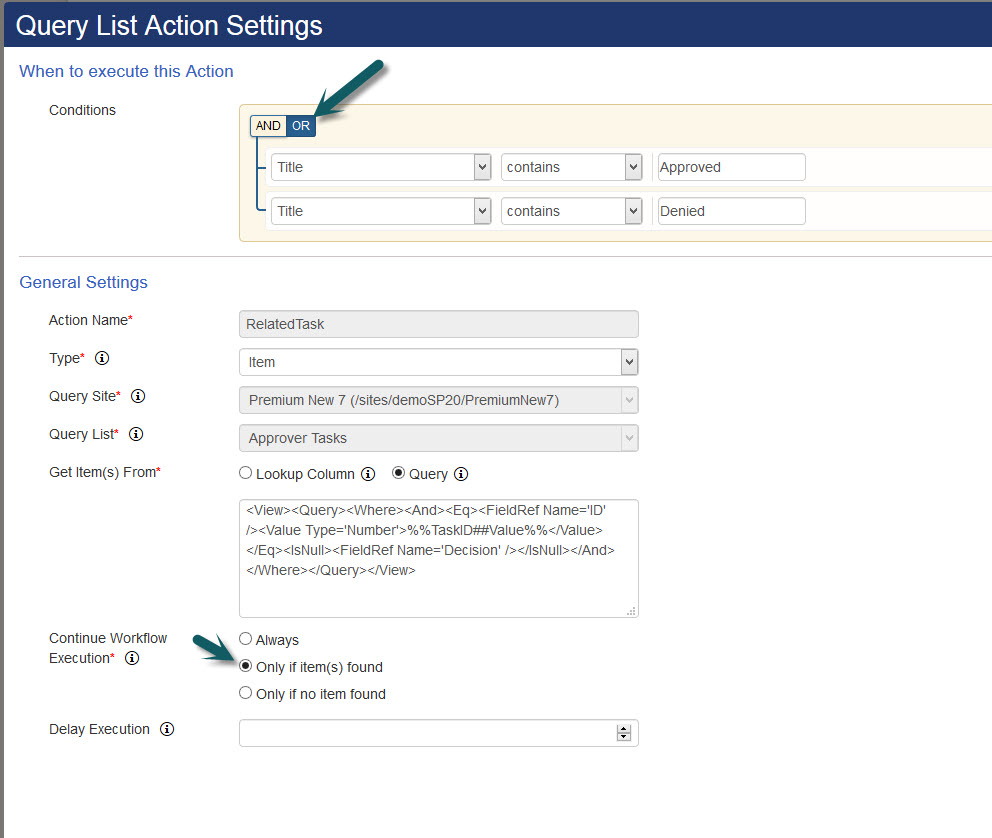 Action4: Configure an “Update Item” action to set the approver decision as “Approve” as shown below. 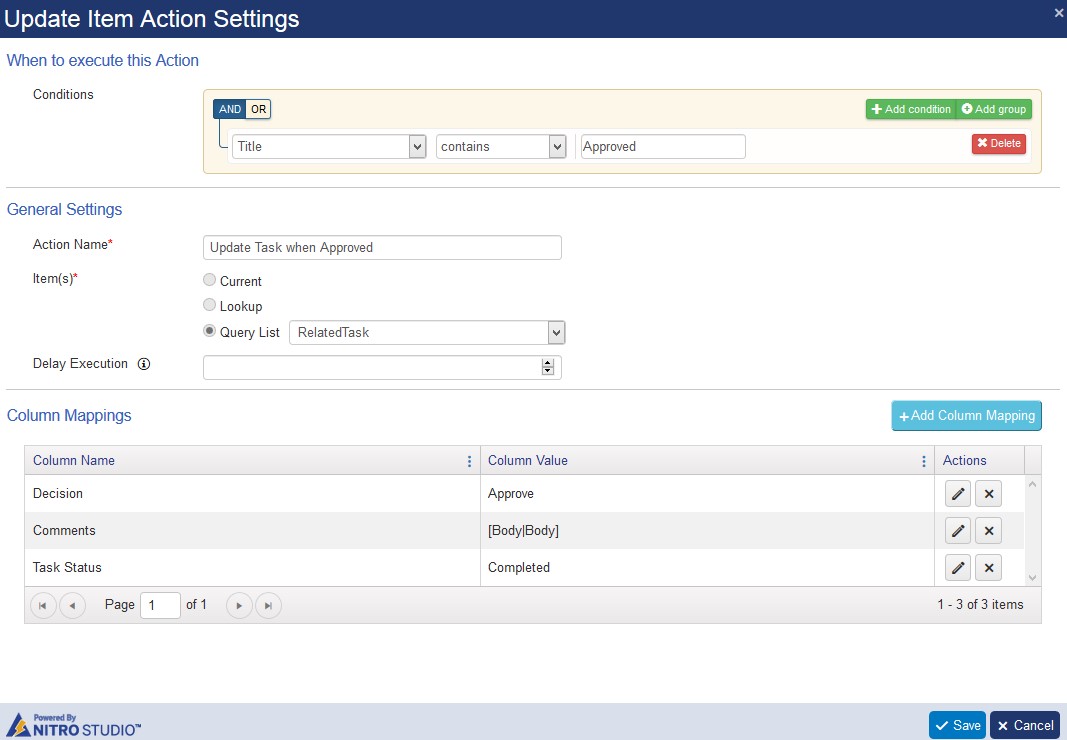 Action5: Configure an “Update Item” action to set the approver decision in “Deny” as shown below 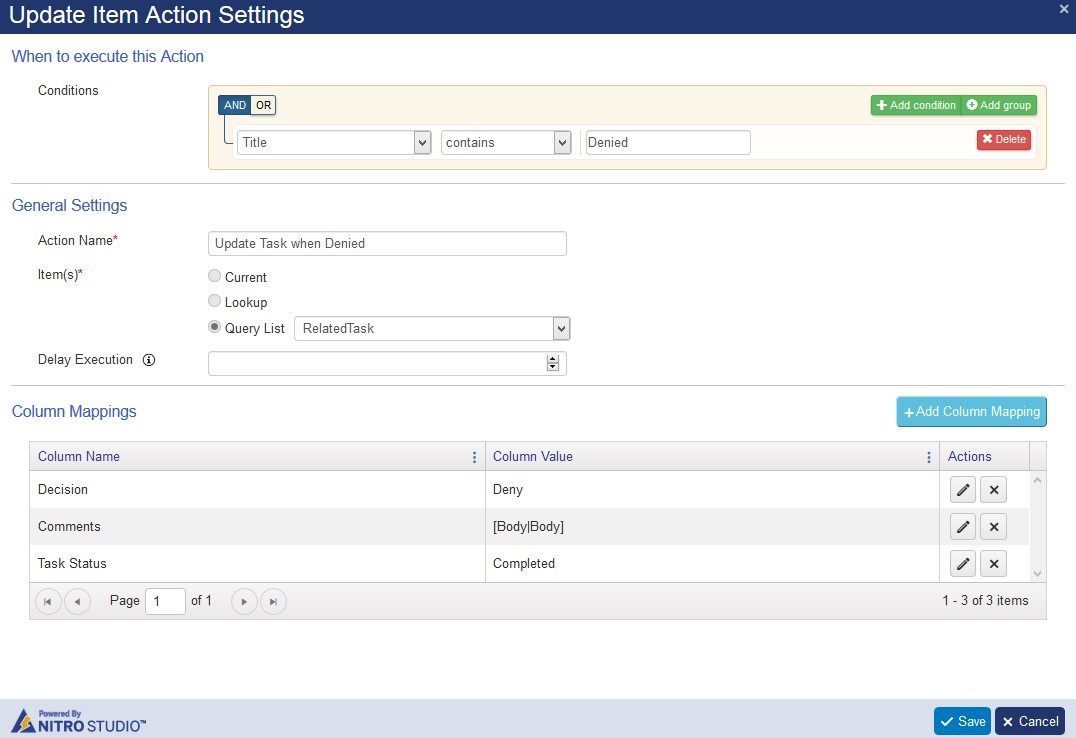 Note: In complex cases where there are multiple approver tasks lists exist, we can use the same email address in Crow Canyon Email Sync settings, however, create new workflow on Approver Emails list with different conditions as needed and configure workflows on the other approver tasks list as well with appropriate mail templates.