In certain cases when list and site structure is same, it is possible to export the NITRO Forms and Workflow configurations from one site and apply the same on other site having similar schema. Most common scenario is when there are two environments for an application: Development and Production. In this case forms and workflows can be configured and tested on development environment and then exported and applied to production. Any list and field changes in development environment should be applied to production before doing the export and import.

Note: If multiple forms are configured in the list, then it directly opens the below dialog when we open the NITRO Forms for that list. 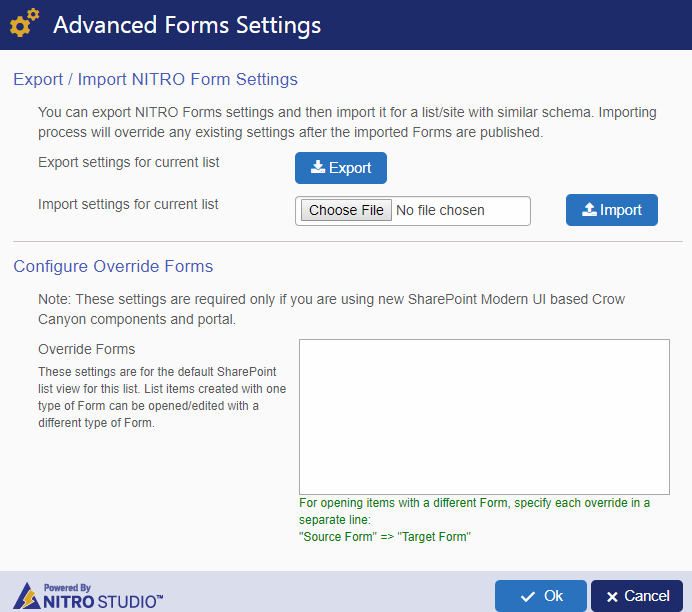 Note that these settings are not applied to list forms after the import, these are just imported in the designer UI. You need to publish the forms for these settings to take effect. You can make changes after import and then publish.

Note: Please note that we have to reconfigure the mail template settings. 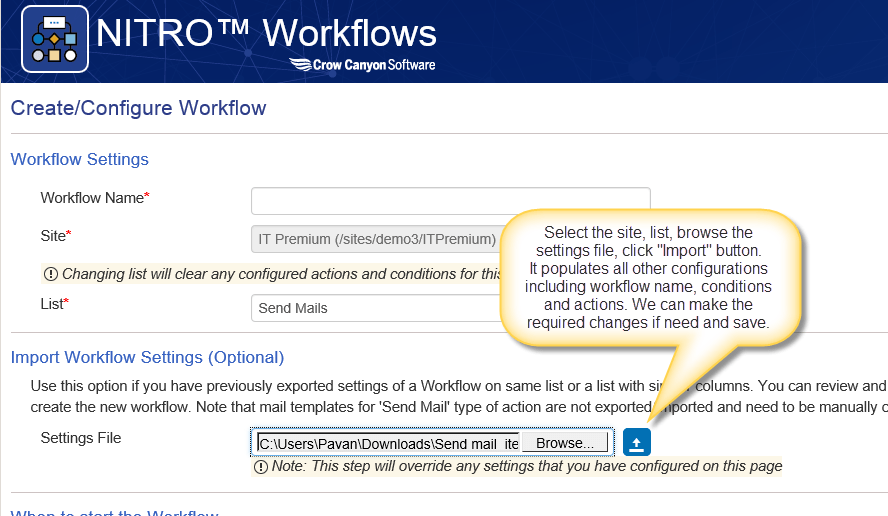